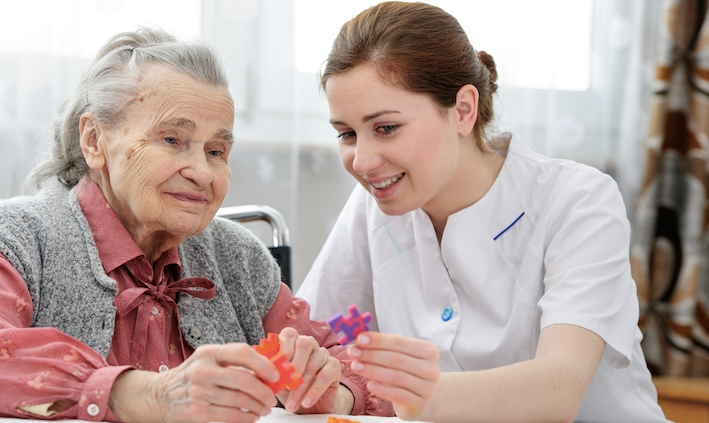 Both family members and aged care staff worry about older people living with dementia or other forms of cognitive impairment. They may become confused, forgetful and disorientated. Their judgement and mood may also be affected. Without realising it, they may put themselves in situations that are unsafe for someone with their condition, such as wandering off late at night.

It’s impossible to keep track of someone 24/7. And yet you can’t take your eyes off a high-risk patient because you never know when a problem might arise. The most wonderful personal emergency response alarm or pendant is rendered useless if someone forgets to wear it or doesn’t think to activate it when they should. That’s where CRIS comes in.

CRIS stands for Confused Resident Information System. It’s a completely passive system that monitors a person’s normal routines and alerts caregivers about any change to their usual pattern. It does not need to be worn and it calls for help automatically.

It relies on several different components that help it to know what’s happening. CRIS comprises of a:

Infra-red sensors help CRIS to know where someone is in the room and develop a profile of their usual patterns. CRIS pays attention to a person’s normal routines as they potter around the house, go to bed, get up for the toilet and other common activities. If CRIS detects unusual activity (or inactivity), it will either send an alert or an alarm.

Evelyn is an 89-year-old great-grandma living with dementia. She usually goes to bed at 9pm and wakes at 6am, having usually been to the toilet once or twice overnight. Today, though, CRIS notices that she’s been in bed all night without getting up. The time is ticking on, past the point when Evelyn would normally have risen to start her day. At this point, CRIS sends an alert to Evelyn’s caregivers, letting them know that she hasn’t risen yet. They can then phone her or pop in to check on her.

On a different morning, Evelyn falls out of bed and doesn’t get up immediately. CRIS detects this, considers it an emergency, raises the alarm and calls for medical help.

CRIS also controls the lights, reducing the risk of a person falling due to stumbling around in the dark. It will also, very helpfully, alert caregivers if a confused resident opens their door, indicating that they may be about to wander off somewhere. That allows caregivers to quickly bring someone back to safety.

One of CRIS’s most beneficial features is the door panel. This lets caregivers check on a resident’s activity without needing to go in. It reassures you that they’re OK without needing to bother them with constant interruptions that also add to staff’s workload.

The Dementia-Friendly Smart Home of the Future

At the moment, CRIS is used in aged care facilities but Vitalcare’s ultimate vision is for it to be available in homes.

CRIS draws on cutting-edge technology such as self-driving cars, big data and the Internet of Things (IoT). Those have applications to smart homes too. Smart homes are most popular with Millennials and Gen Xers but they offer wonderful benefits to older people too.

The Commonwealth Scientific and Industrial Research Organisation (CSIRO) has been conducting trials of smart homes for elderly people. Sensors around the home provide information on whether someone has changed their clothes, opened the fridge or kitchen cupboards (indicating eating habits) or left the tap running.

Dementia rates are rising, linked to Australia’s ageing population. Many people with dementia will either prefer to live at home or will have to due to limited places in aged care facilities.

In time, a portable version of CRIS could be used in private homes, enabling a person living with dementia to remain at home safely. It would alert relatives or paid caregivers to a change in someone’s usual routine and would bring immediate medical help when needed.

If you’d like to see how CRIS works and how it could help you care for your high-risk residents living with dementia, then please contact us today to arrange a demo.

“Rise of the Machines” Supports People Living with Dementia